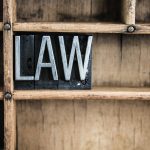 The new overtime rule, initiated by President Obama in March 2014, would enable millions of salaried workers across the country, falling within certain criteria, to receive overtime wages. Employers would be required to pay salaried employees, earning less than $47,476 annually, time and a half for any hours worked over 40 per week. The new rule also created an automatic adjustment to the minimum wage every 3 years.  This nationwide injunction, issued on November 22, 2016, essentially halts this DOL’s initiative.

The case, brought by the Attorneys General of the State of Nevada and Texas and 19 other states, claimed that the DOL’s new rule is illegal because it makes millions of “EAP” (executive, administrative and professional) employees nonexempt, when their job duties and descriptions define them as exempt. Under the current law, there is a nationwide minimum wage and required overtime pay at 1 ½ times regular pay for any hours worked over 40 per week – with a number of exceptions. One of the exceptions, known as the “white collar” or “EAP exemption,” makes certain employees ineligible to receive overtime pay.  Any employee who makes more than $23,660 and works in a “bona fide executive, administrative or professional capacity” has been exempt from the overtime pay requirement.  The DOL’s new rule sought to change this by, among other things, significantly increasing the exemption’s threshold amount to $47,476 — in an apparent efforts to boost the U.S. workers’ incomes.

Judge Amos L. Mazzant found that the new rule, requiring overtime pay and increasing the minimum wage threshold amount, was illegal because the new regulations were adopted without the requisite statutory authority under the FSLA, overstepping the DOL’s authority and contrary to the Congressional intent.

The Department of Labor Reacts to Nationwide Injunction

The Department of Labor, under the direction of Labor Secretary Tom Perez, in charge of this latest overhaul of the FLSA, responded to the Judge Mazzant’s emergency injunction by stating:

“We strongly disagree with the decision by the court, which has the effect of delaying a fair day’s pay for a long day’s work for millions of hardworking Americans. The department’s overtime rule is the result of a comprehensive, inclusive rulemaking process, and we remain confident in the legality of all aspects of the rule. We are currently considering all of our legal options.”

Judge Mazzant’s decision is currently under appeal.  However, the new administration is taking over the White House in less than two months and will likely scale back this DOL’s initiative.

The fair day’s pay for many of U.S workers now seems to be in trouble, in light of Judge Mazzant’s injunction. With the incoming Trump presidency and administration, as well as Republican-controlled Congress, the future of this long awaited overtime change hangs in limbo.

Many companies have already made changes for employees who would fall under this new rule. Pay rate increases, layoffs, decreased work hours and more have been implemented by employers nationwide in order to comply with this much anticipated rule change. With the new rule now hanging in the balance, many companies question how to handle these nonexempt employees moving forward.