One of the biggest concerns for gig employees, however, is that the current employment laws, including civil rights acts or wage and hour laws, do not apply to independent contractors or freelancers.

Definition.  It’s important to understand that the term “independent contractor” is defined differently among various jurisdictions, such as the IRS rules, Department of Labor’s regulations, States’ Workers’ Compensation laws, States’ unemployment insurance laws, and common law.  Therefore, a caution should be taken in applying the same definition of an independent contractor across various jurisdictions, which are similar but not identical.  For instance, variances among said laws may cause an “independent contractor” under the IRS rules be deemed an employee under the employment laws.

For example, according to the IRS, as a general rule, an independent contractor is largely defined by whether the payer has the right to control or direct what work will be done, how it will be done, as well as the end result. In the case of an independent contractor, the payer can only control the end-result of the work performed. If the payer dictates how and when the work will be accomplished, the relationship will likely be deemed of an employee.  The Department of Labor, on the other hand, has multiple criteria that needs to be considered in each particular case — the right of control is only one criterion among the list of criteria that must be examines on a case by case basis.  Such cases are complex and often involve major companies, such as Uber, Netflix and UberEats, which have recently come under scrutiny for their practices of engaging independent contractors to meet core their operational needs. 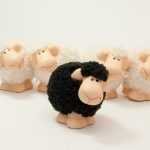 Employment Laws.  Despite there being more than 180 employment laws, such as Fair Labor Standards Act, the Occupational Health and Safety Act, and the Family Medical Leave Act, most of these do not apply to independent contractors, leaving independent contractors exposed to civil rights abuses, discrimination, harassment, and “wage claims.”

The proposal, which is garnering support amongst independent contractors, would not require employers to do the following:

Obviously, the implementation of above proposals would undermine the independent contractors’ appeal for businesses.  Moreover, given the current political climate in Washington, it is highly unlikely that any of these proposals would be passed by the Congress anytime soon.