AN ANTICIPATED IMPACT OF A TRUMP PRESIDENCY ON M & As 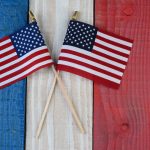 How will a Trump presidency impact M & As.

Donald Trump is set to become the nation’s 45th president when he is inaugurated on January 20, 2017. A Trump presidency promises to bring big changes – for better or worse. He has vowed to bring jobs and businesses back to the United States and boost the “bleak economy.” What will these changes mean to business mergers and acquisitions once Trump takes the reigns?

The United States Department of Justice leads the overseeing of large U.S. mergers and takeovers. However, the future of M & As, both domestically and internationally, will depend largely on Trump’s advisors and cabinet members. Traditionally, Republicans tend to be more lenient than Democrats when it comes to big mergers.

During his presidential campaign, Trump stated that he would halt the AT&T’s expected $85 billion dollar acquisition of TimeWarner. Trump also discussed dismantling the 2013 merger of Comcast and NBCUniversal, as both deals aren’t favorable to the American consumer. Analysts, therefore, predict that at the beginning of the Trump’s new administration, as policies are becoming solidified, the large M & As will most likely be suppressed – at least for a short time.

While it’s hard to predict the exact future for M & As in the Trump administration, experts agree on a few changes likely to occur.

Nationalism appears to be the number one priority of Trump’s administration, so it is relatively safe to say that the foreign-led takeovers of U.S. companies, such as Germany’s Bayer planned takeover of the U.S. seed and pesticide company Monsanto, will be highly scrutinized.  Chinese companies, which faced tough challenges by the Obama administration, will likely face an even harder time acquiring U.S. businesses under the Trump presidency.

As Trump attempts to fight to bring jobs back to America and strengthen its fragile economy by boosting domestic capabilities, it’s almost certain that specific industries will see not only growth, but an increase in the M & As.

Trump will no doubt push back against the foreign takeovers of U.S. companies by creating tax tariffs and taxation for cross-border business deals.  However, many of the large domestic deals may be seen favorably by the Trump administration if they help the U.S. businesses to become a stronger global competitor as a result of these acquisitions.  The Trump administration will likely be in favor of the domestic mergers that help the U.S. companies to grow and compete internationally.

While much remains unknown about Trump’s presidency and what it means for business, this infamous dealmaker will certainly favor deals to strengthen the U.S economy.

Finally, as the baby-boomer generation nears its retirement age, it’s likely that the small and mid-size M&A deals will likely to heat-up over the next decade – regardless of what happens in the Washington.