Employment Contract and Termination for Cause

Previous Next
Employment Contract and Termination for Cause

Facts of the Case – Contracted Employee or At-will

In Eakins’ case, plaintiff was hired by Hanna Cylinders on February 15, 2010, as an “at-will employee.”  After being offered a position with another company, Eakins decided to quit and gave his resignation to Hanna Cylinders in July 2010.   To entice Eakins to stay, Hanna gave Eakins a revised “offer letter,” stating the following terms:

Eakins accepted the revised offer of employment, thereby creating an employment contract.  In September of 2011, however, prior to the expiration of the 24-month period, the Hanna Cylinders terminated Eakins’ employment for poor performance.

Eakins filed a two-part complaint against his former employee on August 22, 2012.  In count I, Eakins alleged a violation of the Illinois Wage Payment and Collection Act, 820 ILCS 115 et al. (the “Wage Collection Act”) for failure to pay pages, seeking statutory damages, costs, and interest.  In Count II, Eakins alleged a breach of contract and sought unpaid wages, prejudgment interest, and attorney fees.

Hanna Cylinders asserted that Eakins was an at-will employee and was terminated for ’just cause,’ citing Eakins’ poor work performance as the reason justifying the termination of his employment. The defendant went on to claim that Eakins admitted his poor performance, thereby providing the ‘just cause’ for termination.

On a motion for summary judgment, the trial court found against Eakins for his claim of breach of contract, stating that his admission of poor job performance provided just cause for the defendant to fire him.  Furthermore, the trial court rejected Eakins’ claim for unpaid wages under the Wage Collection Act , determining that the act did not apply to employees when it was in question if they were fired for just cause.  Eakins appealed this ruling.

On, June 2, 2015, the appellate court ruled on this case and found the following:

The court made an important note – if the plaintiff’s poor work performance had been preceded by a failure to perform work duties such as sitting at his desk all day or not showing up for work, then the length of the employment contract would be negated. 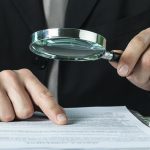 Details count in your employment contract.

What this means for both employer and employee is the following:

If you are an employee signing an employment contract or an offer letter be sure to negotiate the specific performance criteria and events that would constitute a “just cause” for early termination of employment agreement.

The majority of the United States labor force are at-will employees. This is a topic sure to come up repeatedly before the courts. Be sure you’ve done your due diligence to avoid costly mistakes.